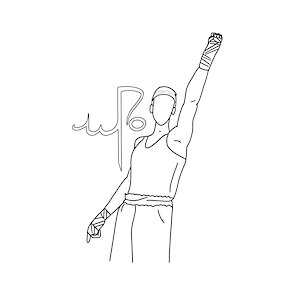 Toppies and over-aged pugilists can now take up the sport competitively after receiving the blessing of the South African National Boxing Organization (Sanabo)‚ the newly formed Master Box South Africa (MBSA) said in a statement on Sunday night.

MBSA spokesman‚ Stephen Castle‚ said the organization‚ which has received associate membership status of Sanabo‚ would cater for boxers aged 35 to 75 with three levels of experience.

“Depending on experience they will either be novice‚ elite or master boxers‚” said Castle‚ adding they would be able to fight for provincial and national titles.

Ex-professionals would have to go though a cooling off period of two years and they would automatically be ranked in the master division.

All contestants will wear headgear and 16-ounce gloves and they will face more stringent medical requirements‚ like completing full examinations every six months and undergoing HIV testing at every event.

Elite amateur fighters use 10 and 12-ounce gloves while for professionals gloves range from six to 10 ounces‚ although they are required to spar using at least 12-ounce gloves.

Castle said negotiations were under way for fighters to be sanctioned for world titles under the World Boxing Foundation.

He added that purse money was not permitted‚ but MBSA fighters would be entitled to have sponsorships. Discussions would be held on allowing prize money in the future.

Castle hoped that the first tournament would be held by late July or early August.

White collar boxing has until now been exclusively staged informally as exhibition bouts‚ outside the control of professional and amateur structures.

New promoters’ structure to punch boxing into shape
This was revealed by Eastern Cape Boxing Promoters Association (ECBPA) chair Thando Zonke after he was re-elected to serve another term during the ...
SPORT
The regulator of professional boxing in the country‚ Boxing South Africa (BSA)‚ and AIBA‚ the international organization for what has traditionally been considered amateur boxing‚ now called open boxing‚ forbids newcomers over the age of 35.

Elite open boxing has a cut-off of 40 years old‚ but professional boxing doesn’t.

George Foreman reclaimed the world heavyweight title at 45 and former world middleweight king Bernard Hopkins had his last bout in 2016 a month before turning 52.

The decision to endorse MBSA was taken at the weekend by Sanabo at its elective AGM where a new executive‚ under the presidency of Siyabulela Mkwalo‚ was voted in.

Sanabo‚ which handles Olympic and amateur boxing‚ has been in a poor state of late‚ having failed to give local boxers a chance to qualify for the Tokyo Games.

But Mkwalo said Sanabo had drawn up a four-year strategic plan that would see local fighters competing internationally.

“The organization [is] set to achieve key critical milestones for its high-performance programs that seek to position the boxers to be ready for international ranking‚” he said in a separate statement.

“There are also frameworks that have been introduced by the interim committee for the purpose of strengthening governance systems.”