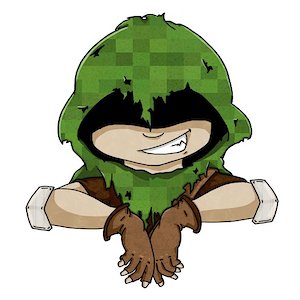 Goooooood morning, Nerds!
There is so much to talk about I think. Not just me, but the things in the world we should discuss.
Lets make a list.
- Talk: Casey Neistat/Logan Paul interview
- Talk: What it is I’m doing on this platform
- Talk: Where I’ve been and doing
Well there it is. If you don’t know about the interview, I am a little surprised. If you don’t know who either Casey Neistat or Logan Paul are, I am also a little surprised. Regardless, I will educate in a “tl;dr” sort of way. Casey is a film maker and YouTuber. Had a series on HBO, and then went independent on YouTube and has developed quite the business from it, and of recent launched a company called “368”. (Hit me up Casey if you need an awesome community manager.) Logan is a daily vloger, and “prankster”. More appropriately a media tornado of a young man who has gained an incredible amount of fame over a very short amount of time. (I don’t like you or what you stand for Logan, don’t want to work for you. Thanks though.)
A week ago, and released Friday (the 27th), Casey released this video here where he interviews Logan Paul in a very challenging interview. Casey takes the time to challenge Logan on many hot topics that have circulated around Logan over the past 7 to 12 months. From the disgraceful video in Japan’s Suicide Forest, to the cultural insensitivity while in Japan, to tazing a dead rat. To Casey’s credit, he was thorough in this interview. Hit with the tough questions, and followed up equally calling out what he thought was bullshit or even contradictory on previous statements in this interview, other interviews, or even previously made videos. Logan on the other hand just had this feel of just running through the PR media circuit. The pauses, and referring to himself in the third person and as a brand was just sort of… bland. Calling his upcoming documentary a “Redemption Story” or an “Attempted Redemption Story”. I admit, I don’t remember the exact words, since I watched the video this morning, but you can watch it yourself if you so choose.
Regardless of anything, I don’t find fault to Casey in doing this interview, where a lot of people are bitching about giving Logan another platform to speak from. Calm yourself, it was a well conducted interview where I think ultimately Logan just showed his underling motivations… which is fame and money. Of course, just my opinion on that. Here are a couple places that reported on this that did a much better job than I did talking about this: TubeFilter and Polygon.
WHAT AM I DOING ON THIS PLATFORM. The answer is short. I have no fucking clue. The opportunity is real, and the platform here on XO is great. I am super excited still, but I am so out of touch of recording content, it’s tough. Plus the time to sink into videos is equally tough. Not to sound like I’m bitching about making content… but I am a little. I love doing it, it’s just such a timing sinkhole at times. But I promise to try harder to get things going… maybe… please don’t hate me. I unfortunately do have to follow the money, and the money is at my day job, and on Twitch. I got bills to pay, especially since I had two teeth ripped out of my skull on this past Wednesday. Two of them. It hurt. I’m good now.
Oh look, I already dove into the third item. Which the two really sort of go hand in hand. I often let that line blur, because I love my community for who they are, and want them to be part of this bigger family that I have. Regardless, I always try and vlog, and you know what… I never get to editing it because of time. It sucks, because I want to do it. I love sharing what I got going on, and I do it on Twitter and Instagram… but that is literally in the NOW and I don’t have to do the weird edits there.
Ultimately, all I ask for is bare with me while I get my grove. I’ve been away from actual video creation a bit, and need to work it into my world a little bit more.
- WholesaleVirus
XOTV
Twitter
Twitch
Instagram
2018-07-31