The Business they call Show 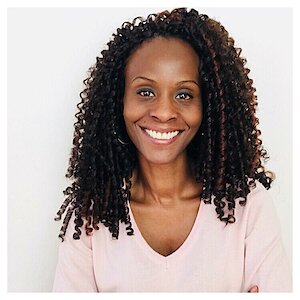 The business they call Show


Ralph Lauren once told me, “you are in the wrong business, you should have been an Actress.” As a young girl, I in fact dreamed of being in front of an audience; as a singer. Eventually, I would become the next Oprah Winfrey. Much later I realized I was not to be the next anybody, I was to be the first, Asia!


After a successful modeling career, I landed what many would consider a once and a lifetime job, to be Assistant to the one and only Ralph Lauren. There are not enough adjectives to describe my experience at 650 Madison Ave. New York, New York. Ralph was the kindest, most generous and wisest person I have ever met. Now the celebrities I had to deal with on a day to day bases, that’s entirely a different garment size. I met numerous celebrities to include; Outcast, Kanye West and Sheryl Crow to name a few, not to forget the phone calls with Oprah Winfrey, Jerry Seinfeld (yes he is hilarious!), Sean Combs aka Puff Daddy (another funny story for another time) and the beautiful, talented one of a kind, the great Lauren Bacall. My days were anything but dull.


For the most part, everyone was extremely nice to me, they had to be. In some ways I held the key to the magic kingdom. However, working with celebrities can be very challenging, especially when you’re dealing with people like Naomi Campbell, she has remained unforgotten. It’s no secret that she can be difficult. She is very persistent and would never accept “no” for an answer. In one way, I can admire that. However, she and I had a difficult relationship back in my modeling days. She of course didn`t remember me– the girl she had tried to fight at a Halloween Party in Manhattan and she got me dropped from several modeling jobs. Full story: The Truth About Modeling


Anyhow, I still treated her with the same respect I did for everyone, putting my personal feelings aside. I talked extensively with Celebrities on the phone and when they would show up for their meeting with Ralph, some were shocked that I was African American. If you could have seen the look on some of their faces when I came out to greet them…priceless! All this to say, one day I realized that I had no personal life anymore. I had to be available 24/7, business, family, staff, etc. Somewhere along the way, I lost myself. As much as I loved working for Ralph, I felt my calling was to take me elsewhere.


The decision to leave Ralph Lauren and the Big Apple behind to the quiet hills of Bavaria…que sound of crickets chirping, was not an easy one. Considering the longest placed I’ve ever lived was Japan and I didn’t speak a lick of German. I had no idea of the struggle I was about to face. Have you tried to learn German? Needless to say, I am still here. Not only is Munich captivating, beautiful, unique, but it’s surrounded by massive lakes and mountains as far as one can yodel. Yeah, they do that here. There is more cultural here than in a box of Crayola Crayons.


With a father in military, I grew up all over the world. At the age of 15, I had my big model discovery moment on the streets of a small city in Japan, called Misawa. Ohayoo gozaimasu to my Misawa Family aka Edgren High School.  When I told my family that I was going to model, they all laughed. I really wasn’t pretty, AT ALL. Besides, being the youngest and only girl of four siblings, I had gotten used to not being seen as cute, pretty, interesting, you get the idea. The last thing on my mind was embarking on a modeling career let along a successful one but that is indeed what happened. My love affair with music silently continued because let’s be honest, I didn’t sing with my hairbrush in front of my mirror all those years for nothing. I would just keep in on the backburner for the time being. Eventually, when they offered to pay me for modeling, I was all in. If they want to pay me because they thought I am pretty - why not.
My family and I eventually moved back to the United States and off to college in Miami, I went. As luck would have it, lightning struck twice and I was “discovered” again by Niki Lauda’s production team while I was waitressing at Hooters, yup I said it H-O-O-T-E-R-S! I was a Hooters girl and it was life changing. Shout out to my Coconut Grove Hooters Family! At the time, Formula One was not popular in the US, at least I’d never heard of it. So, who could blame me for not knowing the Austrian F1 World Driver Champion? Niki Lauda couldn`t believe I did not know who he was. He told me all about his famous car crash, showed me his scars which honestly, was a bit disturbing. In the end, he offered me to be the face of his European campaign for his once famous airline; Lauda Air. This led me to travel and work for agencies in Germany, Austria and Switzerland. In the US, there were many black/brown girls trying to make it in the modeling business, I was one of too many. Sounds thrilling, one might think. Wrong! Modeling life was often not glamorous. Again, that’s story to follow soon.


Anyhow, Europe gave me opportunities that I would have never had in the US. I was on the first original series of Popstars in Germany, out of hundreds of young and ambitious girls, I made it to the final 10. When I was cast off the show and did not became part of “NoAngels” I wasn’t disappointed. They told me, “I did not fit in a girl group.” Apparently, I was already a solo act. Eventually, I hung up my stiletto’s, dusted off my hairbrush, exchanged it for a real microphone and thus began the next chapter, in which I will talk about more in my next post; Why I sing!


The business they call Show, is exactly that “Show” showing genuine kindness, respect and appreciation. I promise you  I felt this every time Ralph "showed" me the value in my being there as his Assistant, the African-American part was not relevant for him, he told me later, he saw my genuine heart and he know he could trust me. I also knew I could trust that this man was the REAL deal. He taught me so much and because of this, I am continuing to pursue my dreams and as they say the show must go on.


Thank you for continuing to follow Woodluv Diaries on XOTV and Instagram and I promise you it’s not all sauerkraut!