Racism throughout the history of the USA 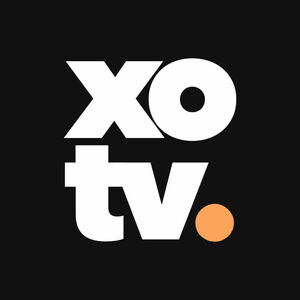 “Neither slavery nor involuntary servitude, except as a punishment for crime whereof the party shall have been duly convicted, shall exist within the United States, or any place subject to their jurisdiction.” The 13th amendment that was supposed to free black people in the US in 1865 had a loophole that bound them to rhetorical shackles to this day. Although police brutality and the Black Lives Matter protests have only recently made it to the headlines, they have been around all throughout american history from the movie “Birth of a nation” , the criminalisation of black people to the assassinations of black leaders and activists.
The movie that came out after the civil war that aimed to abolish slavery and unvoluntary servitude , “Birth of a nation” directed by the son of a confederate colonel D.W.Griffith amplified the rejection of the black community because not only did the white actors wear blackfaces and play roles that depicted black people as predators and rapists to install fear within white people, and further more imply the racist point of view later stated in the movie: that black people are only good for hard labor, the movie also put the Ku Klux Klan on a pedestal that incentivised their hate crimes such as lynching and burning crosses on the yards of black peoples’ homes. The latter was later adopted by the Ku Klux Klan despite not having any precedent meaning and only being used in the movie for its cinematic appeal which backed people of color into a permanent second class life.
In history books, slavery ended in 1863 However, the war on drugs ex-president Nixon waged led us into a new era of slavery, mass incarceration of people of color. “ In the early 1970s, our prisons held fewer than 300,000 people; since then, that number has grown to more than 2.2 million, with 4.5 million more on probation or parole.”(1) Black people represent 6.9% of the US population, but they also represent 48% of prisoners in the US.
The rhetorical War on Drugs turned literal during the presidency of Reagan with the higher sentencing for smokable cocaine, also known as crack, than actual powder cocaine and an additional 100 000 militarised police officers on the streets. “You understand what I'm saying? We knew we couldn't make it illegal to be either against the war or black, but by getting the public to associate the hippies with marijuana and blacks with heroin. And then criminalizing both heavily, we could disrupt those communities," Ehrlichman said. "We could arrest their leaders. raid their homes, break up their meetings, and vilify them night after night on the evening news.”(2) Despite the genuine front the war against drugs had, it was in fact an undercover  war against people of color.
“Did we know we were lying about the drugs? Of course we did."-Ehrlichman.
The reason black lives matter movement has made it into International headlines is because it doesn't have a representative that can be assassinated the way most black leaders and activists in American history have been. Martin Luther King Jr.most famous for his “I have a dream-” speech, was assassinated on April 4, 1968, Memphis, Tennessee, United States by a man proven guilty 50 years after, Fred Hampton,chairman of the Illinois chapter as well as deputy chairman of the national Black Panther Party, was assassinated on December 4, 1969, Chicago, Illinois, United States, he was shot and killed in his bed next to his pregnant wife during a pre dawn raid administered by the chicago PD and FBI at his apartment. ”Gabriel Prosser was executed Oct. 10, 1800. Eighteen hundred; the year Denmark Vesey bought his freedom, the year of John Brown’s and Nat Turner’s births. As he awaited the gallows near the foot of the James River, Gabriel could see all that was not to be”(3)

The Civil War has freed black people from physical shackles but slavery has morphed into other shapes such as a war on drugs that targets people of color, handcuffs And assassinations a powerful black voices that dared to scream for freedom. The black lives matter movement is not a person, it has no one representative and therefore cannot be silenced, black lives matter is a sentence black people have been trying to convey from the moment that Portuguese ship appeared near Point Comfort back in 1619 and it’s about time we all listen.
I have a dream that one day every valley shall be exalted, every hill and mountain shall be made low and that neither slavery nor involuntary servitude shall exist within the United States, or any place subject to their jurisdiction, or any place at all for Man is free.

Thank you for this historical look at racism in the United States. I appreciate how you wove in the contemporary laws that still limit incarcerated folks and force them into slavery. It’s overlooked too often and I am glad you’re raising awareness about the fact.