XOTV WEEKLY: Why Journalists Should Reframe What It Means To Be Objective 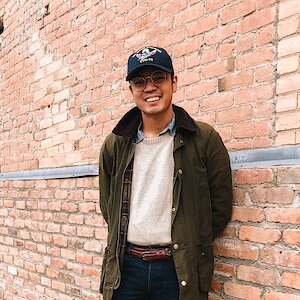 In 2019, a year before George Floyd’s death galvanized Black Lives Matter as one of the largest movements against systemic racism in American history, I began questioning how objectivity applied to journalists of color like myself. I was in my final year as a journalism student at Colorado State University, capping my undergraduate years as the editor-in-chief of College Avenue Magazine, and the year’s news cycle started with a grenade on our laps. Four white students had posted a Snapchat photo wearing blackface, to which university administrators emphatically stated that “personal social media accounts are not under our jurisdiction” and are therefore unable to pursue any action against the students. For the next months after the “blackface incident” --- as it became widely referred to on-campus --- racism and how to cover it defined the conversations I was having with my staff, fellow editors and reporters, and media advisors. But I was also asking myself and others another question: What can we, as communicators and conversation leaders in the public sphere, do for the under-represented and marginalized groups in our community?
One of the first lessons taught to any aspiring journalist is that one’s professional credibility hinges upon ethical reporting. It makes sense; journalism is a mission-driven profession. We are the “fourth estate” within our democratic society that exists to inform the public and equip citizens with the knowledge to make informed decisions. With that mission comes a responsibility to be impartial observers and chroniclers devoted to fair, balanced, and accurate reporting.


These ideals can also be summarized under a single word --- objectivity --- and it guides the many variations of ethical codes and practices by which newsrooms hold themselves to standard. We are also taught about bias and how even the perception of bias by our audience can undermine the credibility necessary to be taken seriously in the public eye. Bias is the enemy of objectivity, and much like personal identity, biases of some sort exist in every person --- journalist or not. One cannot talk about objectivity without mentioning bias, and by extension, the role of identity when it comes to the individual journalist.
I have been a journalist or a student of journalism ever since I immigrated to the United States, and the instinct to remain vigilant of my opinions bleeding through in my writing is second nature. But during the weeks after the blackface incident broke, the knee-jerk instinct to disengage from editorializing the incident never came. As I saw it, I had the choice to either ignore an incident of racism and focus on the lifestyle content the magazine was known for or take a stance and help guide a long-needed conversation for our campus. Without a second thought and to the surprise of my colleagues, College Avenue featured an editorial analysis of the blackface incident, an open critique of the university’s and student media’s failures in properly engaging with the communities most impacted by racism.

With that mission comes a responsibility to be impartial observers and chroniclers devoted to fair, balanced, and accurate reporting.


The story’s publication drew both admiration and the silent ire of traditionally-minded reporters in the office. Before the story even published, word of our story got around to other editors, and the conversations surrounding my decision turned to underhanded accusations of biased unprofessionalism --- that what we were doing was not “real journalism.” True journalism, as was told to me by a colleague with whom I shared a class, required just the facts. By publishing an outwardly critical piece on what was then CSU’s latest episode of publicized racism, I had broken the cardinal rule of objectivity and editorialized. I gave in to the bias that comes with my existence as a person-of-color in America.

Please note: I was the only person-of-color among our student media program’s senior leadership, and the sting that came with the blackface incident was impossible to ignore. I’ve always had to fight for my place in white spaces and looking back, a part of fitting in with a mostly white newsroom involved shedding my perspective as a first-generation Filipino immigrant so that it does not cloud my judgment over the news. But as the editor-in-chief of a lifestyle magazine, I knew quite well that lifestyle doesn’t just include the fun, fluffy stories on beauty tips and easy kitchen recipes or the easy-to-digest listicle. To be a publication that engaged with its community meant recognizing that even in a predominantly white college campus and city, the lived experiences of underrepresented communities constitute stories of lifestyle. For many people, lifestyle includes the impacts of systemic bigotry, the heartbreak of institutional impunity, and the painful repetition of an oppressive history. I gave in to my own bias, but the story we told underscores the truth of a lived and unerasable experience for people-of-color in America.

Does that mean objectivity is a false ideal? It depends on who you ask. You’ll find scholars and journalists on either side who would die on their hills for their interpretation of objectivity. But the point of this essay isn’t to establish whether objectivity is more or less worthwhile a quality. It’s 2020, and the country is marching to challenge layers of institutionalized oppression built throughout the history of the United States. Try as it may, the fourth estate is not exempt from the trappings of bias.
2020-11-22