Bio Frank Bang Willie Dixon once said, “The blues are the roots and the other musics are the fruits.” As true as that is, it still doesn’t explain the blues, because the blues cannot be explained.

When one thinks of the blues it’s easy to think of Robert Johnson, B.B. King, John Lee Hooker, or Muddy Waters. Connoisseurs of the genre will mention Son House, Blind Lemon Jefferson, and Leadbelly. Others will mention Keith Richards, Stevie Ray Vaughan, Jimi Hendrix, Paul Butterfield, and Eric Clapton. All would be correct.

The blues is raw. It knows no culture. Its brutally honest and uncompromising. It’s your worst feelings and your best moments all at once.

The blues will never apologize.

Nor will Frank Bang. And he doesn’t need to. He is the nicest guy you’ll ever meet, but when he picks up a guitar, he’ll slice your throat, woo your woman, make you cry, and might even make you dance. Ultimately, he will just make you feel. Something or everything. The real shit.

Born with the Bohemian Irish name of Frank Blinkal into two generations of Chicago police officers and a mother that often worked three jobs, Frank learned at an early age about the grit and sometimes stark reality of the world he was born into and turned that into his own brand of the blues – weaned from years of trying to learn everything he could by putting himself into the middle of everything that the Chicago music scene had to offer. And it paid off.

In his twenties, Frank found himself working at Buddy Guy’s Legends club, while making a name for himself fronting bands of his own. He was soaking up invaluable knowledge from the clientele and getting an education that not many have a chance to experience. Numerous touring bands came through the club, but amongst the club’s regulars were Junior Wells, Otis Rush, and Lonnie Brooks.

And then he became Buddy Guy’s touring guitar player for five years. No late night conversations with your heroes will prepare you for that, if you don’t have the chops to pull off the gig. You have to work your ass off, which Frank did as an employee of Legends, while working through the ranks.

As Buddy’s guitar player, his work ethic paid off. Hard work is a big part of what makes up Frank Bang, He never stops playing. He never stops honing his craft. And he never takes any bullshit. Some of that was learned from his environment at Legends, but most of it has been ingrained in him since he was born.

With Buddy, he toured the world and shared the stage with the likes of Robert Plant, The Rolling Stones, and Eric Clapton, but that’s only semantics that make up pieces of a scene.

As a solo artist, Frank has released four critically acclaimed albums under the names Frank Bang and the Secret Stash and Frank Bang and the Cook County Kings. He currently has 14 songs in regular rotation on B.B. King’s Bluesville Station on Sirius/XM.

Whether it be dirty blues that sounds like Led Zeppelin through a beautifully blown speaker or the faithful tribute to his hometown Chicago blues, Frank Bang knows how to read a room.

And there’s a good chance that on any given night in America, you might find yourself in a room where Frank Bang is making you feel something. Or everything.

It’s the roots and the fruits. It’s rock and roll. And it’s definitely the blues.

However you define it. 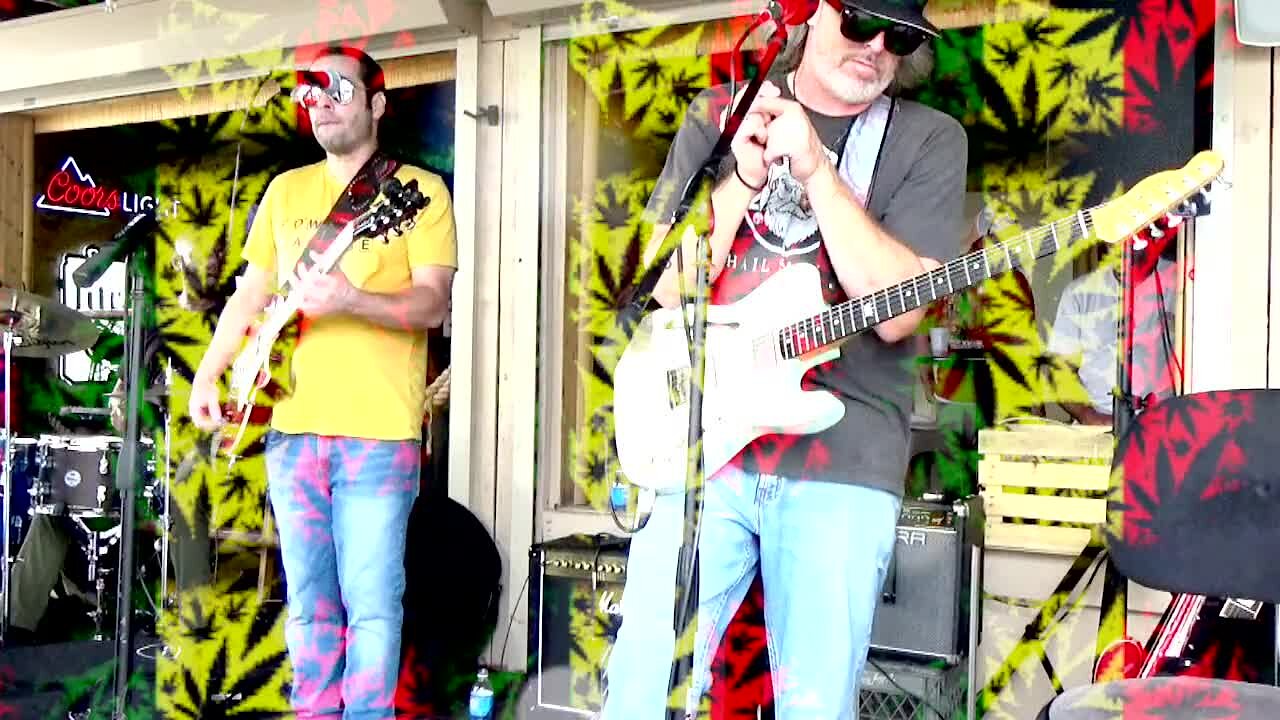 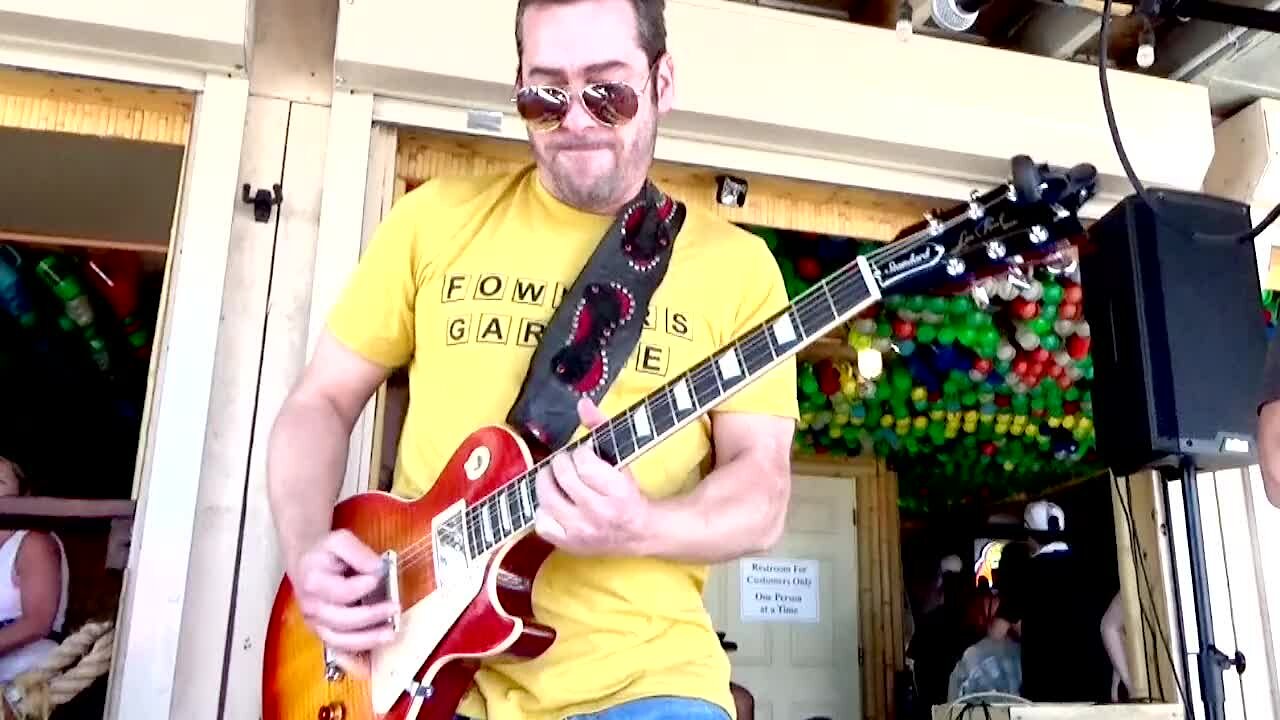 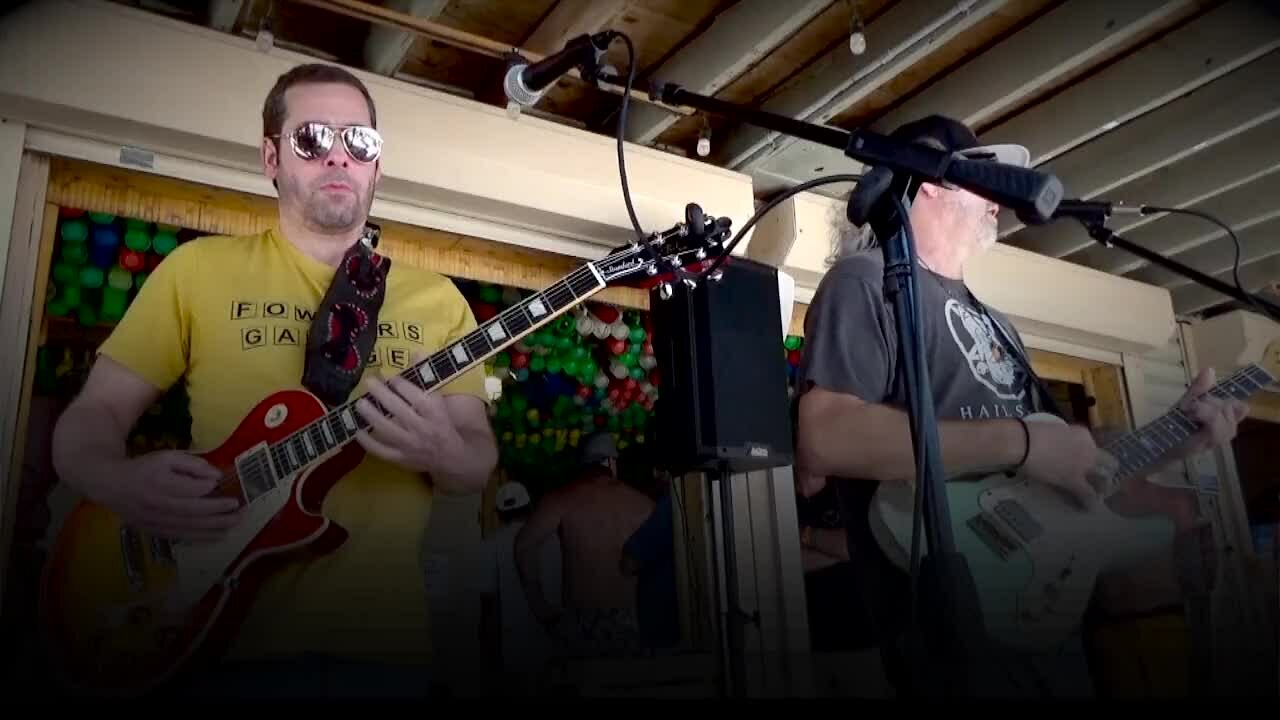 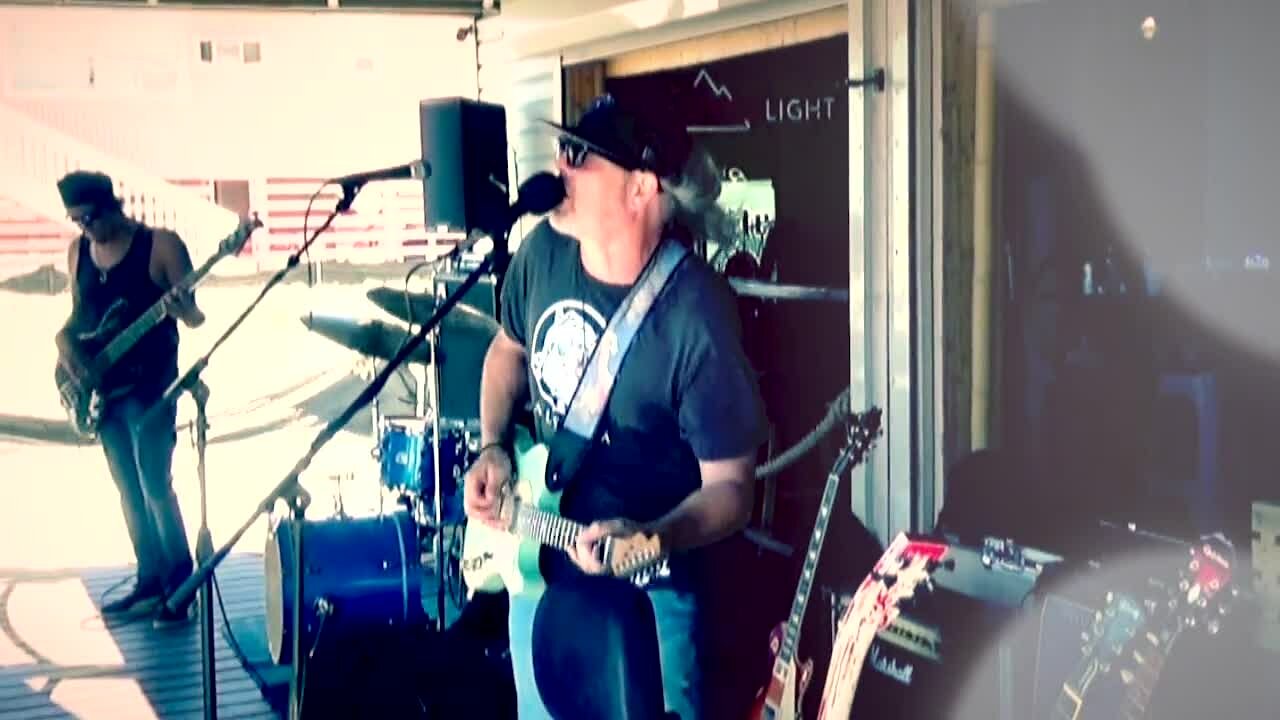 The Frank Bang 3 Blues on the Beach